noun – the object of a person’s ambition or effort; an aim or desired result 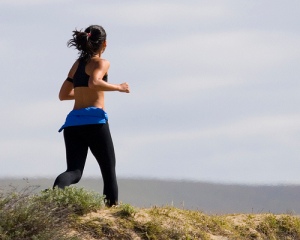 Each day before I step out the door with my running shoes on, I map the running route in my mind. I determine to not stop running until I reach the end of the predetermined route. In short, I set a goal for distance. Oh, I have goals for pace and overall time set in my mind as well, but in the end it comes down to finishing the route.

Why? Because I know myself.  Let me clue you in on my first mile inner voice.  It goes a little like this…

“Wow, this is hard. Maybe I should only run just one mile today and give my body a rest. What’s the deal with being so tired already?! I mean yesterday, I ran three miles, so I can just run one today.  What’s the deal with these running shorts?! Ugh, why does one leg keep riding up? I cannot run my distance having to adjust these shorts every 30 steps.  Shoot!  I forgot to send that email. Now I really have to run only a mile so I can get back and do that!”

But then the voice of the pre-planning speaks up: “Uh hum! You said you’d run until this you reached the end of the park today. So you aren’t stopping until we get there!  Got it?”

I keep going past that first mile and don’t stop.

One would think that the first mile brain battle would ease up eventually, but so far it hasn’t. The same brain battle occurs spiritually for me too. That’s why I’ve taken to setting short-term spiritual goals as well.  I map routes for the week, so that I can push past the spiritual “first mile.”

My weeks never look the same as far as activities that will occur and responsibilities that need my attention. One week, life starts at 7 AM and ends somewhere around 9 PM each night.  Other weeks are wide-open with no obligations other than an occasional meeting.

Scheduling times for spiritual nourishment are a problem in either kind of week, so I’ve taken to setting goals for each type of week. Goals can range from getting up earlier for quiet times or listening to only praise and worship music for the week, or maybe a week of prayer journaling. The point is that as my life’s weeks change, my goals change, but in either case, the goal setting happens before the week takes over.

Why? Because I know myself well. My inner dialogue loves to sneak attack me and convince me that skipping one element of my predetermined weekly spiritual goals won’t really affect my life much. Unfortunately, I sit and listen to this voice on too many occasions. But just like my running goals, I have learned to fight that “first mile voice” and keep reaching those goals, both physically and spiritually.

The next time your inner manipulator starts talking, trying to convince you that skipping time with God for just one day isn’t so bad. Remind him that you’ve set goals and made a promise to yourself. Then keep them!  Soon that first mile critic won’t bother talking so much! 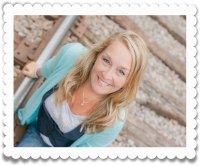